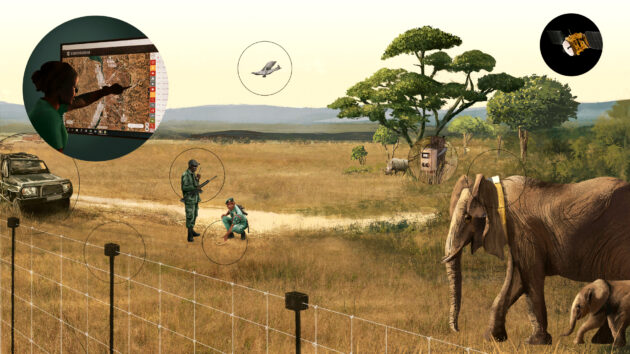 The EarthRanger project consists of an array of technology including digital radios, vehicle trackers, aircraft trackers and camera traps, in addition to artificial intelligence. (Vulcan Image)

Every year between three and four percent of Africa’s estimated 350,000 elephants die at the hands of ivory poachers. While these numbers are down significantly from a decade ago, they remain unsustainable, perpetuating the decline of this majestic species.

Fortunately, technology can help address this and other challenges as environmentalists work to promote conservancy efforts across the globe.

One such effort, EarthRanger, is doing just that. A project of Seattle-based Vulcan, EarthRanger is a data visualization and analysis platform designed to support protected area managers, ecologists and wildlife biologists in conservation areas around the world. Vulcan, which was founded in 1986 by Jody Allen and the late Paul Allen, has a long-standing commitment to preserving biodiversity by protecting wildlife and their habitats.

Last month Vulcan announced that EarthRanger and a number of other AI-related projects would be moving to the nonprofit Allen Institute for Artificial Intelligence, another organization founded by Paul Allen.

EarthRanger was initially developed in 2017, following Vulcan’s experience with the massive amounts of data generated by the Great Elephant Census, the largest wildlife survey in history which it funded and supported logistically. EarthRanger provides real-time tools that can be used to measure, track and protect many different aspects of wildlife behavior and habitats as well as threats to both.

“Coming out of the experience of the Great Elephant Census, EarthRanger was initially designed to address two main use cases,” said Jes Lefcourt, director of EarthRanger. “One was the lack of standardization of digital collection of data. I could show you in binders upon binders in operation centers in protected areas of Africa, with each page representing a poaching incident or an arrest and frankly it’s useless. It can’t be analyzed.” 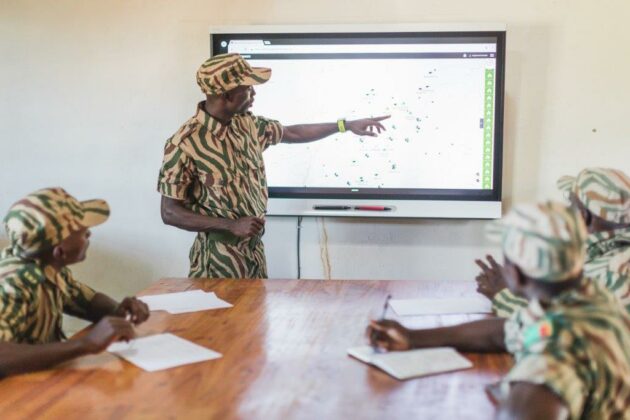 Today more than 130 conservation areas in 34 countries use EarthRanger for everything from recording the movements of rhinos, giraffes and elephants, to battling locust swarms and illegal logging. The platform’s AI abilities are used to perform visual recognition on images and video and help categorize and access data, unlocking valuable insights about both animal and human behavior. This extends its ability to manage and control potential human-wildlife conflict — negative interactions that occur between humans and wildlife, to the detriment of one, the other or both.

By combining historical and available remote sensing data with reports from the field, the platform enhances understanding about what patrol management teams need to do in real time. In all, more than 50 different species and their habitats are now monitored and managed by this highly adaptable software. Data can be sourced from more than 60 different types of integrated devices, such as digital radios, vehicle trackers, aircraft trackers and camera traps. As the Internet of Things makes new sensors and devices available, many of these will be integrated, too.

But while EarthRanger excels at conforming and managing the many dissimilar forms of data that different parks and wildlife areas have to deal with, Vulcan saw the need to include better tools for visualizing and representing the data.

“We were looking at all of the data being collected and thinking: ‘What sort of data trends can we look for that aren’t being shown?” Lefcourt said. “We considered the different options and thought, why don’t we just go chat with some of the best in the world? And that’s Tableau, who were really excited and interested to get involved.”

So, rather than build new dashboards and visualization capabilities from scratch, the team began partnering with Tableau in 2019 to integrate real-time reporting and visualizations into EarthRanger. A leading data visualization software company that is also headquartered in Seattle, Tableau seeks to transform the way people use data to solve problems. 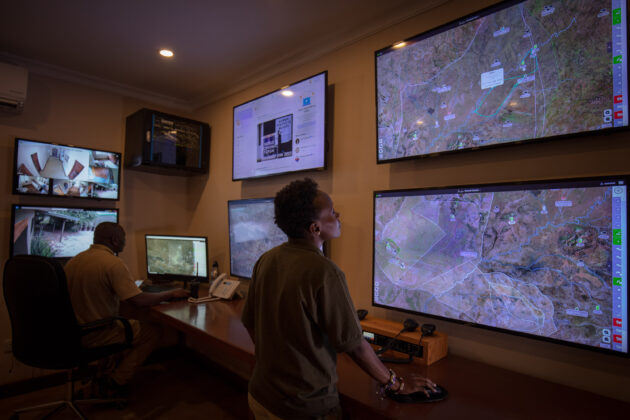 The value of this approach was clearly demonstrated when a six-year-old “teen” black rhino went missing for five months in the rhino sanctuary of Zambia’s North Luangwa National Park. The sanctuary, which is twice the size of Chicago, had plenty of areas for the young rhino to go undetected. But after studying a Tableau dashboard, rangers knew where they needed to look and found the wayward rhino the very next day.

“The way we think about our work is we democratize data and we set it free,” said Neal Myrick, global head of the Tableau Foundation and vice president of social impact at Tableau. “This way people don’t have to be data scientists to actually get value from it.”

By expanding users’ ability to dig deeper into the data, protected area managers and others can identify solutions to problems much more quickly. One example of this is the way maps and animal trackers can be combined, as happened in Gorongosa National Park, Mozambique — one of the most biodiverse places on Earth.

“In Gorgongosa, they have an extraordinary number of beehives identified on their map, because elephants are afraid of bees,” Lefcourt explained. “So, one way of protecting farms from elephants is to put beehives along the perimeter of the farm. Between knowing where the beehives are and having elephants collared, they can plan for where they need additional beehives.”

African elephants are what’s known as a keystone species, in that they play a crucial role in their ecosystem, shaping their habitat in significant ways. By using this technology to protect and support the elephant population, not only can the species thrive, but other important elements in the ecosystem can, too.

“As far as I know, this is the first time one of our nonprofit partners has embedded Tableau into their core application,” Myrick said. “I’m really excited about that because if you think about animal conservation — poaching, hunting, human-animal conflict— those are all big issues that kill animals every single day. By embedding Tableau into EarthRanger, the park gets the full value of that platform right away.”

The growing impact of human actions and technologies has become increasingly apparent in recent decades, threatening deeply interconnected ecosystems that have taken millions of years to establish. Partnerships like EarthRanger and Tableau demonstrate that ingenuity, technology and responsible-minded organizations can all play a role in helping us to be better stewards of our planet’s environmental future. When artificial intelligence (AI) is paired with today’s smartphone applications, it can do things like identify plant ... Interview with Diego Saez Gil, Cofounder and CEO of Pachama

Startup Insights: How Techstars’ accelerator programme is changing the world

If you’re a part of the tech world, you’ve most likely heard the Techstars story and perhaps ...