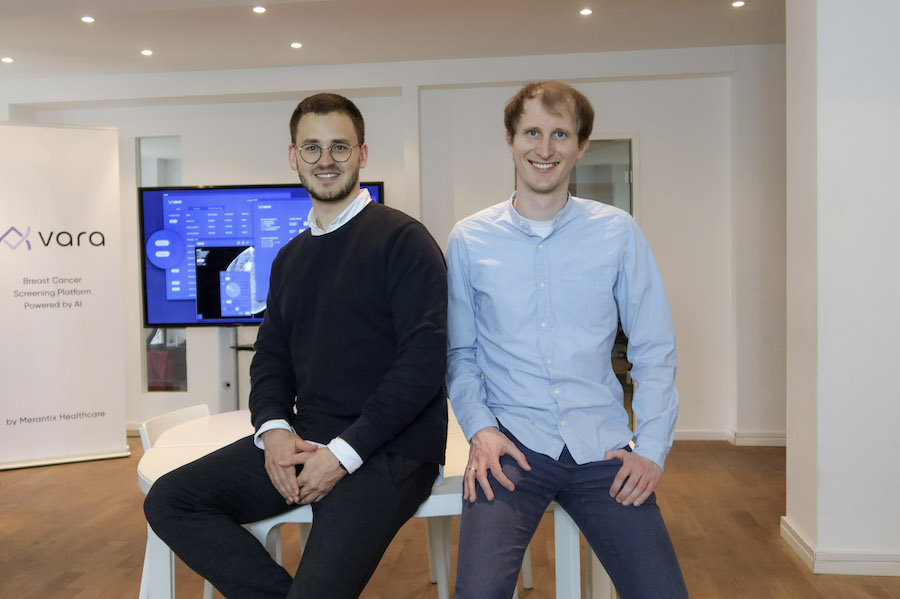 Today Vara, the Berlin-based company on a mission to save lives by making breast cancer screening accessible worldwide, has raised a €6.5 million Series A funding round, led by OMERS Ventures. German digital health pioneers Merantix, Think.Health, Soleria Capital, and Silicon Valley-based Plug and Play also participated in the round.

According to the World Health Organisation, breast cancer is the most common type of cancer among women, with 2.1 million women being diagnosed each year. Early detection is key, with stage 1 patients seeing a high survival rate, but stage 4 patients’ survival chances dropping to below 15%. Screening is of course key to early detection, however, the process of analysing mammograms is time-consuming and repetitive, with each study requiring manual assessment.

Vara, founded in 2016, offers a CE-certified machine learning software, which helps radiologists focus on detecting cancers in mammograms. After Vara has intelligently ruled out a normal mammogram it pre-writes a report which physicians can then double-check and easily sign off with a single click. Potentially suspicious mammograms can be viewed through Vara’s highly optimised workflow software, which has been purposefully designed to cater to radiologists’ specific requirements and has enabled early customers to significantly speed up their reporting process.

By significantly reducing workload, Vara helps radiologists detect breast cancer at a much earlier stage, which is crucial for survival rates, and increases the number of studies that can be read, meaning more women are able to receive critical breast cancer screenings. More than just an algorithm, however, the Vara platform is an end-to-end workflow and reporting system, and can be used across multiple workstations.

Trained and tested on one of the world’s largest breast cancer datasets of 2.5 million images, Vara is a highly accurate algorithmic safety net that augments human capabilities. In fact, it has already been implemented by leading screening providers across Europe.

To date, Vara has raised €9.5 million. It will use this new round of funding to expand further across Europe, as well as leverage its vast data pools to improve financial and clinical outcomes for both screening providers and governments.

Vara CEO and co-founder Jonas Muff comments: “It is our mission to broaden access to breast cancer screening, with too many women around the world not able to receive critical examinations. In screening, 97% of mammograms are healthy, so the reality is that incredibly well-trained radiologists spend the majority of their time performing assembly-line work that is repetitive and time-consuming. Early detection of breast cancer is critical for survival rates, and by accurately ruling out normal mammograms we enable physicians to focus their attention on the women who need it the most. This results in fewer lives lost, and by streamlining the whole process, from detection to report-filing, even more women can get access to critical screenings.”

OMERS Ventures Associate Director Bryony Marshall adds: “Vara has developed a truly pioneering platform that can significantly improve the outcome for breast cancer patients, and reinforces the value that AI can bring to the health sector. The company is addressing one of the biggest issues that radiologists face worldwide – the laborious processes that can prevent them from prioritising those screening mammograms that appear to show suspicious results. Vara has built a world-class team who put their customers’ needs at the very core of what they do.”

The AI company, which has a team of over 25 medical specialists, engineers and entrepreneurs, has already formed alliances with radiology groups and teleradiology providers to bring Vara to screening programmes across Europe, including Germany, Spain, Poland, Austria, Switzerland and is in advanced discussions to set up collaborations in the United Kingdom.

Leveraging AI and Data from Satellites for Sustainable Development A machine-learning expert and a psychology researcher/clinician may seem an unlikely duo. But MIT’s Rosalind Picard and ...

Machine learning helps in predicting when immunotherapy will be effective

Cancer cells can put the body’s immune cells into sleep mode. Immunotherapy can reverse this, but it ...